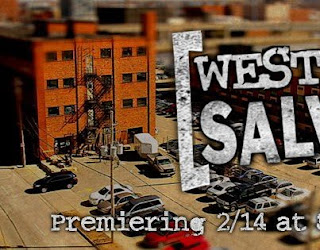 Get ready to fire up the remotes and pass the popcorn tomorrow night, Thursday, when Don Short and West End Architectural Salvage debut on HGTV!
Junk Bonanza fans will recognize Short’s booth as that swell area just to the right as you enter the tent at the main entrance, where beautiful and inventive furniture pieces exhibit the craftsmanship and imagination that are West End hallmarks! 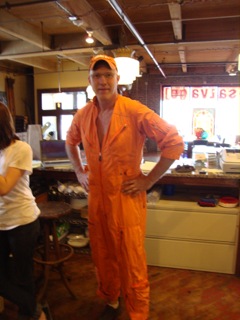 But back to that part about HGTV! The first of 13 episodes (called “West End Salvage, of course!) will air at 7 p.m. Central Standard Time Thursday. The first project is a bedroom makeover, but Don and the crew are not allowed to provide too many details until the show airs.
But he had lots to say about the process of filming at his Des Moines business, where four floors are stuffed with fabulous salvage, vintage finds and the amazing workshop where he and the crew crank out their custom creations.
The fact that they build with salvage was one of the reasons the production company, Pie Town, thought West End would make a good show, Short said. They wanted a show that combined home makeovers with building from salvage. A scouting team came out a year ago and spent three days, checking out the building and the potential.
Short said they came back a few months later and shot a nine minute “sizzle reel” to shop the show. 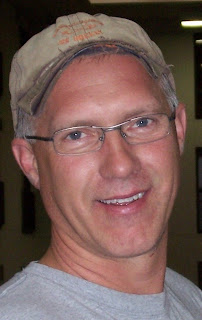 The sizzle project: fixing up a loft next door, incorporating huge pieces salvaged from a synagogue. “Once HG bought it, the crew came out at the end of May, early June, and shot the pilot,” Short said.
The episodes feature makeovers in the homes of West End customers Short thought would fit the film company’s required demographics, and had spaces that would work well for the makeovers.
Some of the transformations were dramatic, Short said, including a second-floor bedroom master suite with walk-in closet project. “It was big and boring before we got done with it,” he laughed.
Filming was intense, and went on around West End’s day-to day business. “They showed up Sept. 10, right as I left for Junk Bonanza, and were here until Nov. 17. There were about 13 people, and the production company hired 15 locals as on-site carpenters, assistants, etc.,” Short said.
And just how was all that hubbub?
“There were about 30 people in here every day, working. It actually went pretty well though it was disruptive. We’d go two weeks from 8 in the morning until 8 at night, and then the third week you’d go noon to midnight, filming the ‘reveals’ on location,” Short said.
With his workshop tied up for filming, custom orders took a bit longer to fill, and Short had shout-outs for staffers who made it all happen: designers Hal Davis and Joe Davis, Rex Street, Bill Croft and Brian Fuchs “in the basement” where the furniture is built, Becky Sage whose job description ranges from phone work to telling everyone what to do, and Laura Jones on location!
Does Short have a favorite episode?
“To be honest with you, I can’t remember what we did for every episode,” he said. “We were doing a lot of things out of sequence. Some times there would be three or four story lines going on per episode. There was a lot going on!”
Short admits he didn’t have a favorite HGTV show before this one. West End is also a coffee shop by day and a bar by night, available to be booked for events “so with all the events we have, I really don’t get to see that much TV.”
Short, staff, family, friends, pickers and featured homeowners will all be watching together tomorrow, though, when the show premieres. He’s rented a spot for 270 for the viewing, and will bring everyone back to West End for an open house.

Short said he savored the experience, and it reinforced for him something he always remembers:
“I really like my day job! And our customers. We have a really cool customer base.”

Congrats to Don and the West End crew! We’ll now have a chance to see you each Thursday night while we wait for you to arrive at the Spring Junk Bonanza!