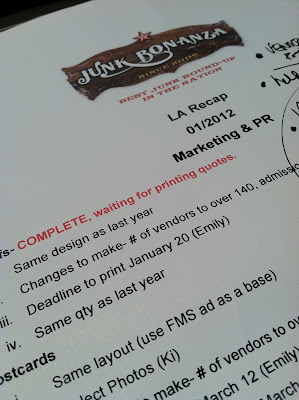 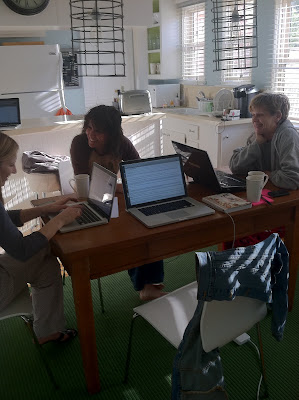 Some people were not yet out of their pajamas, but their brains were already firing, after copious amounts of coffee. 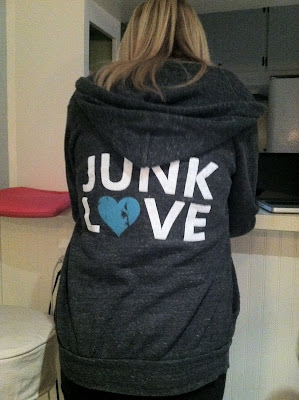 We pretty much worked all day. At the counter… 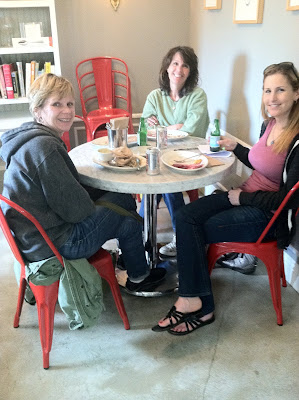 …at the Larchmont Larder… 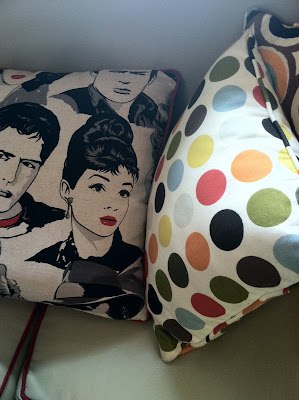 (where they had some rockin’ pillows!)… 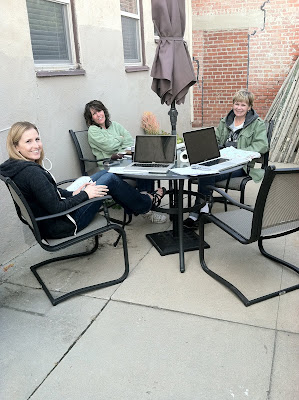 …at the patio out back (where it was uncharacteristically chilly for LA!) 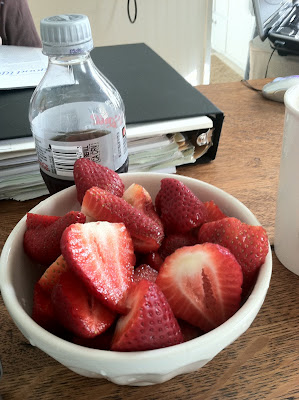 Like all armies, the Junk Bonanza team runs on its stomach. Ki kept us well-fed and watered.
Incredible California strawberries starred at breakfast… 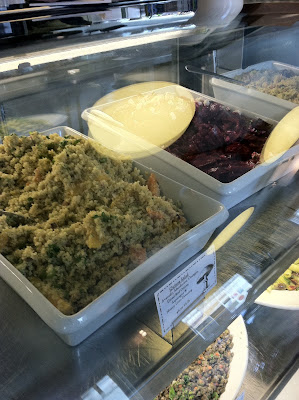 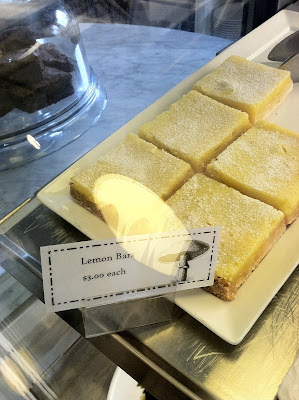 (Did I mention the rockin’ lemon bars? Showing uncharacteristic restraint; the four of us split one.) 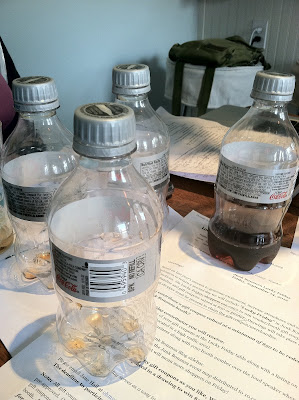 As always, Diet Cokes were swilled in abundance… 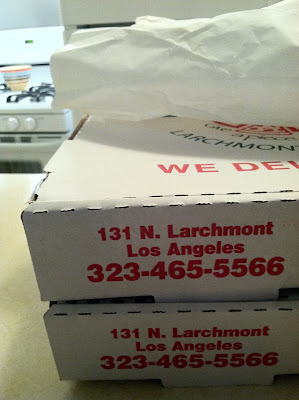 …and pizzas arrived while we worked through supper. Ki and Emily shared bacon/pineapple. Jane and I had the classic pesto/Roma tomato combo. 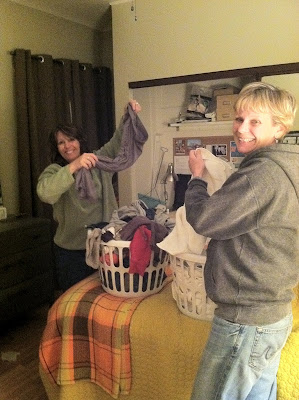 We finished working about 11 p.m., but Ki and Jane took time out to do a quick load of laundry. Even glamorous Bonanza planners need clean socks! 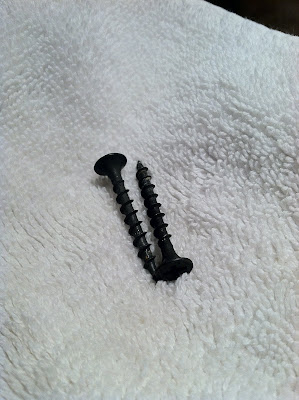 What’s your first clue that this is junker laundry? Drywall screws come out in the wash! 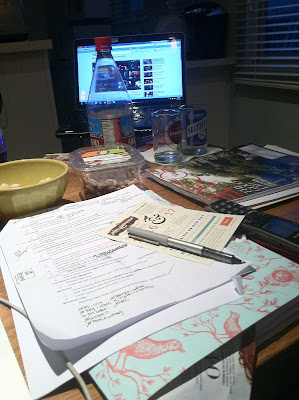 At the end of a long day, the table looked like this. Tomorrow, we’ll do it all over again, but we’re hitting the road for the Three Speckled Hens flea market in Paso Robles!
Stay tuned for tales from the road!
Kim