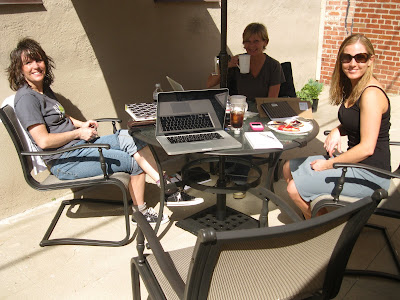 We’re hard at work planning the 2011 edition of the Junk Bonanza, even though it might not seem like it, from our casual breakfast repose behind Ki’s cool LA digs near Melrose!
Vendor wrangler Jane Hall, Ki and event manager Emily Gabrelcik caught a few rays while I slipped into my role as documentary photographer for the four-day trip! 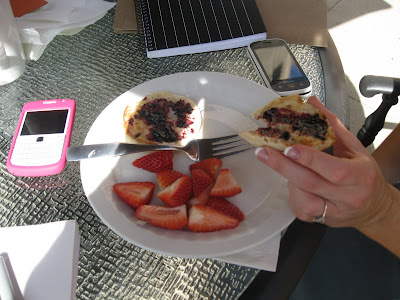 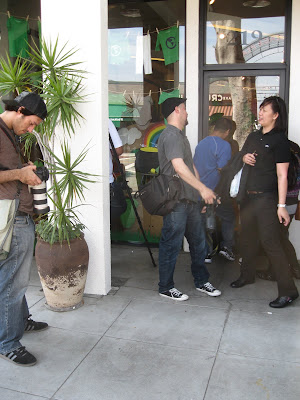 We walked to lunch after hammering out the marketing plan. Before we got to the restaurant, we had the quintessential LA experience! Paparazzi were swarming The Little Seed, where Katherine Heigl shopped inside (she ducked out the back and showed up at the diner where we were enjoying chicken pesto sandwiches and salads.) Only Jane got a visual! 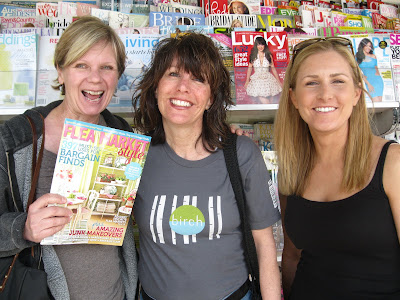 Afterward, we strolled past Ki’s neighborhood newsstand, which carries the latest in stylish mags (including her latest Flea Market Style!). On Sunday, we hit the fabled Rose Bowl Flea Market in Pasadena! 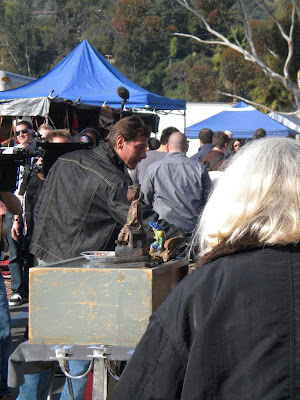 Yes, that was our second celebrity sighting!
Extreme Makeover’s Ty Pennington was traveling with a film crew for a new primetime network TV show, Greatest American Auction. It is in the casting phase right now for owners of antiques, collectibles and other treasures. 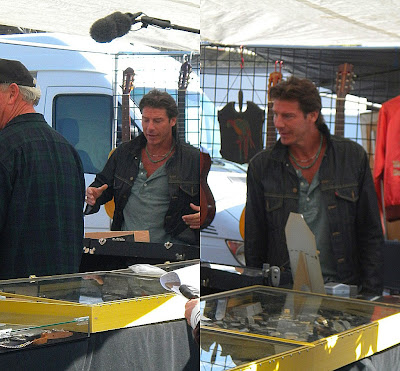 (Yes, he really looked as tan in person as he does on TV!) 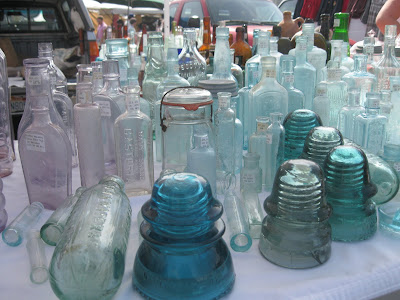 I came home with three of these cool bottles, frosted from being buried in limed soil. 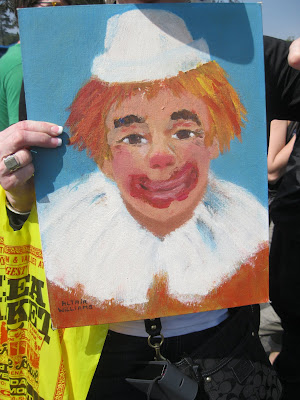 Ki, on the other hand, went for less subtle colors: A hand-painted clown to add to her collection of paint-by numbers kitsch! 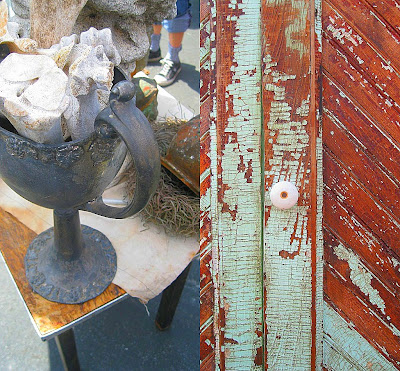 The flea market was full of something for everyone. Loved the animal vertebrae in a trophy cup, just down the aisle from this rockin’ painted primitive cabinet. 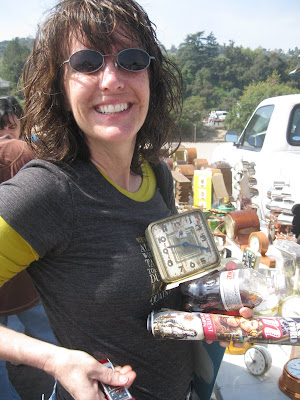 Jane bought 20 clocks for $45. She doesn’t know what she plans to do with them, but I can tell you, they sure raised a ruckus going through security at LAX in her carryon bag… 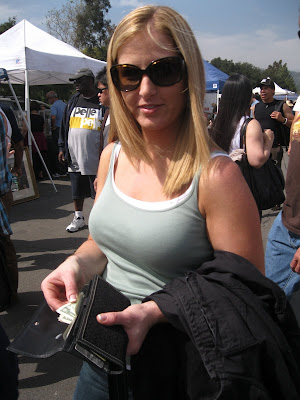 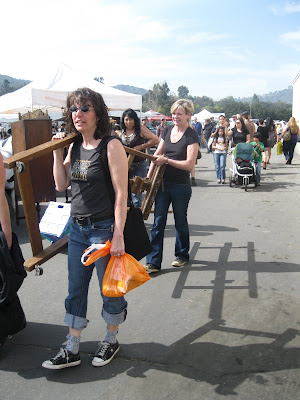 We were there for six hours and we still didn’t see everything! Wondering about that contraption they’re carrying? You’ll have to wait for the fall issue of Flea Market Style magazine to see how it ends up!
We flew home on the redeye with sunburns, memories and lots of great plans for the September Bonanza in tow!
Stay tuned for more updates!
Kim